The tools to be a technical supervisor - POPA
Nils Lunow

The tools to be a technical supervisor

Based on practical examples, this course explains, step by step, the production process in the context of musicals, large scale theater productions, concerts and shows on ice.

Nils Lunow has many years’ experience as a production manager in Germany and many other countries in the world. This allows him to provide examples coming from plays such as Sister Act, Blue Man Group, Das Wunder von Bern or Atlantis, and turns to his knowledge of theater rooms such as Theatre an der Elbe to explain the construction of a theater room.

Each step of this course will be considered from the beginning as a part of a whole, building a timeline and a budget, either approximate or detailed, and showing what type of diagrams to make and why it can be useful to build a model. It will also discuss what is needed in an acting space and who must work hand in hand with a production manager.

We will talk about the technical riders that must be sent to developers in advance in order to prepare a theater or any other space in order to ensure the right operation of a production’s tour. We will also cover the bidding process and the necessary visits to workshops.

We will explain what teams are needed to be hired for the physical construction of a production, how to receive the equipment in the theater and everything about dry techs, from the first ones to opening night. All this will be seen from the point of view of technical management and modern technology.

Besides, the course provides a real image of what a production manager needs to learn in order to be successful in their work and become a crucial link with producers, directors and designers. 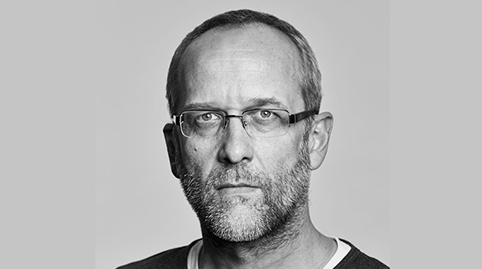 Nils Lunow was Project Manager for theater constructions in Milan, Rome, Hamburg, Berlin, Las Vegas and Munich and has participated in shows in London, São Paulo, Sydney, Orlando and Singapore, among other cities. He was head of production on the Disney adaptation of The Hunchback of Notre Dame which was made at the Potsdamer Platz theater in Berlin and the adaptation of Beauty and the Beast which was made in Milan in the Teatro Nazionale. Among his last works, he led the international tour of Holiday On Ice that passed through Germany, France and Switzerland, and was working on the new version of Harry Potter in Hamburg.
I WANT THIS COURSE
We use cookies on our website to give you the most relevant experience by remembering your preferences and repeat visits. By clicking “Accept”, you consent to the use of ALL the cookies.
Cookie settingsACCEPT
Manage consent

This website uses cookies to improve your experience while you navigate through the website. Out of these, the cookies that are categorized as necessary are stored on your browser as they are essential for the working of basic functionalities of the website. We also use third-party cookies that help us analyze and understand how you use this website. These cookies will be stored in your browser only with your consent. You also have the option to opt-out of these cookies. But opting out of some of these cookies may affect your browsing experience.
Necessary Always Enabled

Any cookies that may not be particularly necessary for the website to function and is used specifically to collect user personal data via analytics, ads, other embedded contents are termed as non-necessary cookies. It is mandatory to procure user consent prior to running these cookies on your website.